THE GALLERY IS CLOSED THE WEEKEND OF FRIDAY 1/27 THROUGH SUNDAY 1/29. HAPPY BIRTHDAY SUE! 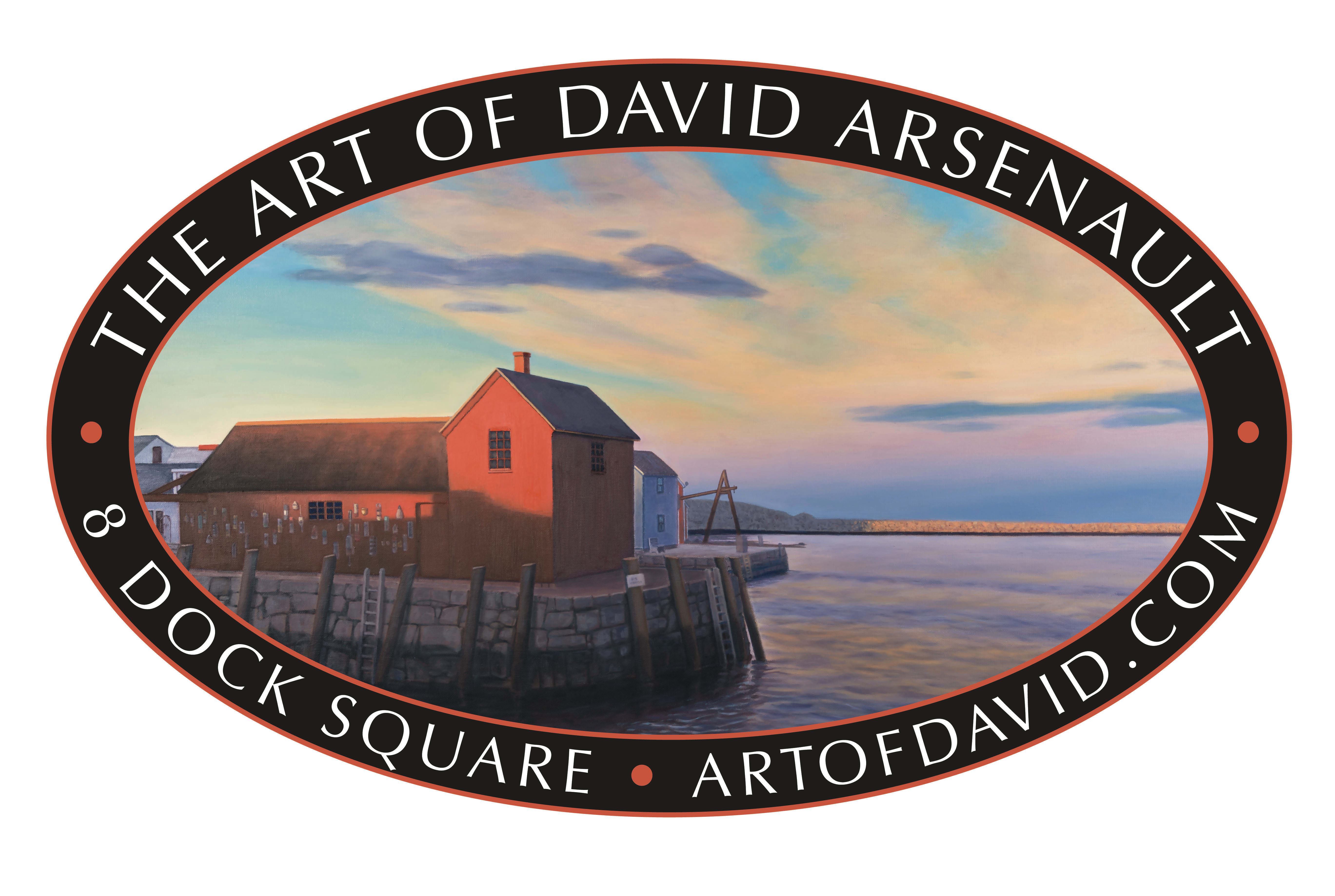 On a windy day, I chose to walk out to Bradley Wharf to see Rockport's famous fishing shack, Motif No. 1. Not much going on, but the water beyond the harbor is pretty active. When you walk up to the building, you're greeted with this plaque. The second photo and this commentary is from CapeAnnWeather.com:
"The Blizzard of 1978, was born February 5, 1978 with the merger of a Canadian high-pressure system and a dense mass of low pressure off the Carolina coast. By February 7, the storm had tracked north and taken on the cyclonic counter-clockwise flow characteristic of nor’easters. At its peak, storm winds reached speeds of 86 miles per hour with gusts of 111mph. The lowest central pressure was 980 mb, which made the storm comparable to a strong Category 1 hurricane on the Saffir-Simpson hurricane scale.

Arriving at the time of a new moon, the storm produced heavy coastal flooding along the New England coast. On Cape Ann, beachfront homes were washed away due to strong winds and coastal flooding. In all, more than 1,700 homes suffered major damage or were destroyed and 39,000 people took refuge in emergency shelters. Federal disaster assistance totaled $202 million (1978 dollars).

Snow fell at a rate of 4 inches an hour at times during the storm, which lasted for 36 hours. The unusual duration of the 1978 Nor’easter was caused by the Canadian high, which forced the storm to loop east and then back toward the north. Thunder, lightning and hail was seen in the blizzard as it blanketed the Northeast with over three feet of snow. Drifts in New England were reported to be 15 feet deep."

Visit my Facebook post to read some personal recollections by followers of The Art of David Arsenault!